The Arena Fonte Nova is located in Salvador , Bahia and was built in place of the older Estadio Fonte Nova. Inaugurated on 7 April 2013, it served as a venue for the FIFA Confederations Cup 2013 and has a total capacity of 47,426 seats.

For the 2014 FIFA World Cup, it saw four group matches, one match of the round of last 16 and one quarter-final. The Arena Fonte Nova was also used for the 2016 Olympic Football Tournament. The stadium owner is the State Government of Bahia. 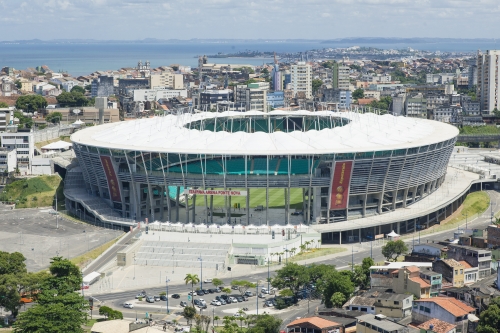